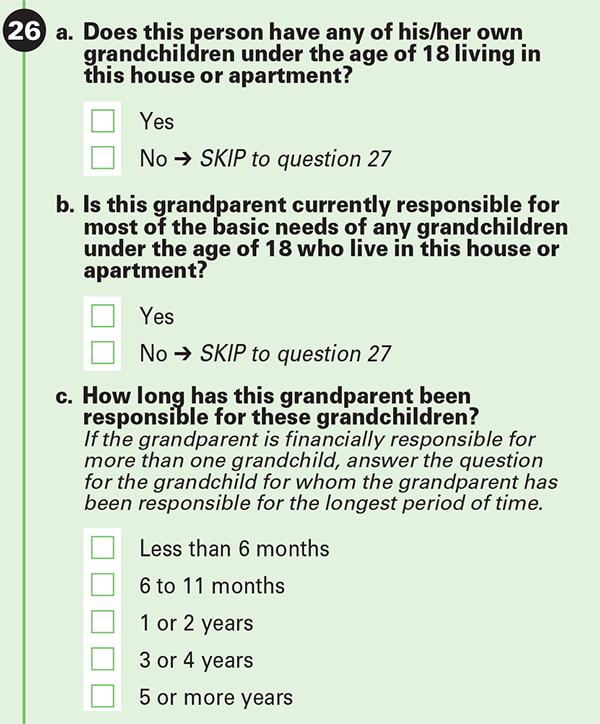 It is more trouble than you might guess to get a simple count of the number of people 65 and older in a geography. The most direct route is to take a table which has a universe 'Population 65 Years and Over' and use the value from the first (total) column. As of the 2012 ACS releases, the preferred table for this is B09020. With the 2012 release, B09020 is available in all of the 1-, 3- and 5-year releases.

Table B09020 can be used to determine how many citizens 65 years or older live alone, live with family members or non-relatives, or live in assisted living or other institutions (what the census calls "Group Quarters"). This table counts citizens who are the "parent-in-law" of the householder separately, while that relationship was previously included with "other relatives."

B11007: Households by presence of senior citizens

Table C23004 is only available in the 1- and 3-year ACS releases. It provides a simpler view of this data, with no age breakdown and then whether the person was working or trying to work at the time of completing the survey, retired, or long-term unemployed.

For all of these tables, "Grandchildren" refers to children under 18 years old.